Masters Of The Skies 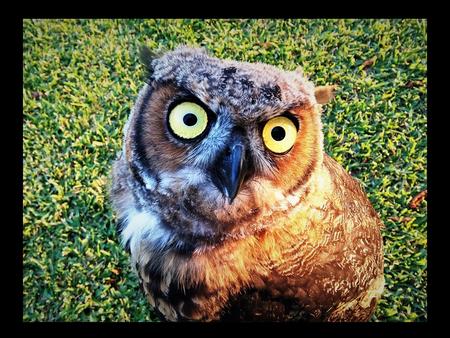 Diablo is a Great-Horned Owlet. This bird was found down on the ground in southeast Louisiana in February 2015. It was about 4 weeks of age. It probably fell off the nest and found its way into somebody's backyard. The people who rescued the bird decided to transfer it to us.

What a hungry bird it was: it ate 7 mice in a 30-minute period when we first got it!

Diablo was adapting very  well to its new environment. Unfortunately, an accident resulted in  a bad fracture to its right leg with no chance of proper recovery.

Diablo had to be euthanized in June 2015. He will be terribly missed.

Mike is a male Barred Owl. We do not know his exact age.
In May 2014, Mike was found down by the side of a road in Missouri, unable to fly. We assume that he must have been hit by a car.
His right eye was too damaged and could not heal properly: it had to be surgically removed. He has lost more than 50% of his vision in his left eye because of the retina being partially detached.

Mike cannot be released back into the wild because of his very compromised vision. He now enjoys a new life as an educational bird in our facility where his gentle personality is greatly enjoyed.

Alpha is a male Red-Tailed Hawk that was caught as a passage bird around Baton Rouge, Louisiana in early 2011.  Alpha was a good falconry bird  but  he developed a condition called Avian Pox: his feet were covered with oozing open lesions. The condition was not painful and Alpha eventually recovered  thanks to the expertise of the avian vets at the LSU small animal clinic. Avian Pox seems to be pretty common with our native wild raptors.

Unfortunately, Alpha did not stay with us for long. After 8 months of partnership, he flew away one day and a larger female Red-Tailed Hawk chased him out of our area.

LEELA
Leela is a female Red-Tailed Hawk that was caught as a passage bird by a falconer in southeast Louisiana in the winter of 2009. She was emaciated and starving and her left eye was damaged. Under the good care of the falconer, she recovered quickly but it was apparent that she was blind in her left eye.

Leela was transferred to us shortly after but she was not suitable for falconry because of her injury . A raptor that has one blind eye has only diminished chances of survival in the wild as they will have no depth perception. We decided to transfer Leela to another facility where she now enjoys life as an educational bird.

Edward is a male Harris Hawk that was born in captivity in Massachusetts in 2016 from a long lineage of captive-bred birds. He is named after ornithologist Edward Harris.

Just like Rangle, Edward spent the first part of his life in central Vermont where he was used as an educational bird. Unfortunately, Edward suffered from wing tip edema early in his life and has lost a few primary feathers on his left wing, resulting in an impaired flight that is still noticeable today.
Edward loves water and can be seen very frequently taking a bath on a hot summer day. 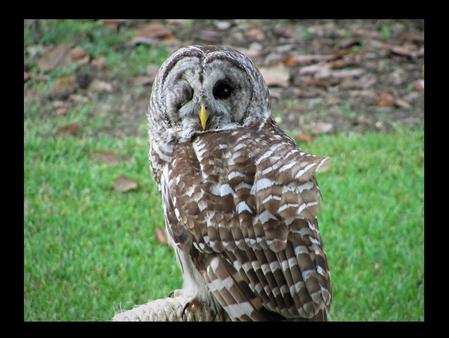 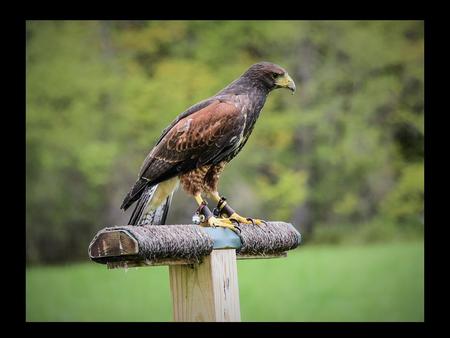 Winston and Watson are 2 male Eastern Screech Owls born in captivity in Maryland in 2013. Winston (on the left) is a red phase Screech Owl while Watson (on the right) is a gray phase Screech Owl.
Being about the size of an adult hand, most people are surprised to learn that these birds are actually fully grown. They are a major hit with grown-ups and children alike who enjoy their big owl attitude in such a small package.
While Winston is a quiet and cautious bird, Watson is an inquisitive bird that will trill at his falconer when he sees him.
​ 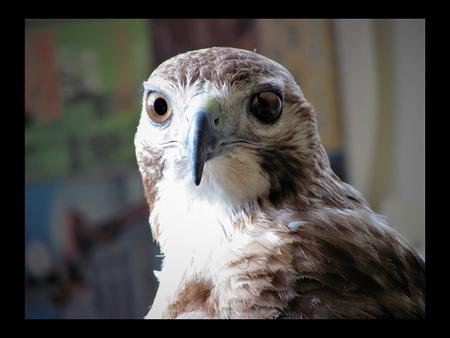 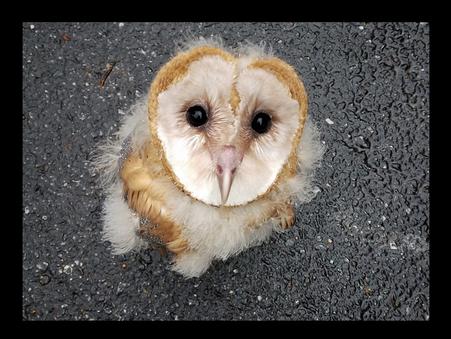 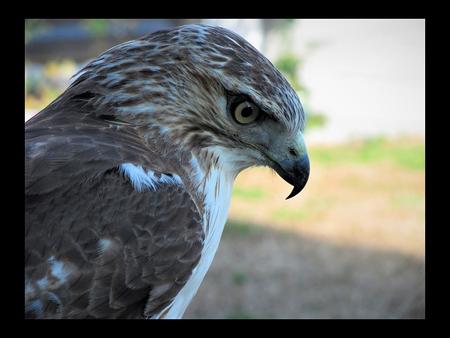 Bharati is a female Red-Tailed Hawk that was caught as a passage bird in southeast Louisiana in late 2011.

Bharati is a great falconry bird. She is a strong and powerful bird and she enjoys going after rabbits and rats. She is also excellent at pest control as she loves to scan the vegetation around the house looking for field mice and voles.

Bharati is easy-going and she has a pleasant personality. The West Nile Virus has not impaired her flying abilities and she is a beautiful flier.

Rangle is a male Harris Hawk that was born in captivity in New Mexico in 2015. He is what we call an F1, meaning that both parents were wild birds.
Rangle spent the first 3 years of his life as an educational bird in central Vermont where he was used for free-flight programs. He is a handsome hawk and a very social bird who enjoys "talking" to his falconer every chance he gets.
​In June 2017, Rangle got into a fight with a turkey that resulted in a bad fracture to his left leg. He has successfully recovered from the incident and we are now extremely pleased to have such a sweet and pleasant hawk being part of our team.

Athena is a female Barn Owl that was born in captivity in March 2018 in West Virginia. She is named after the Greek goddess Athena whose symbol was the owl. We acquired Athena when she was 45 days old as an imprint, meaning that the bird was deliberately raised by humans and consequently identifies as one.
As soon as she is old enough, Athena will start her training in order to join the rest of our free-flying birds and will be used in our different programs. 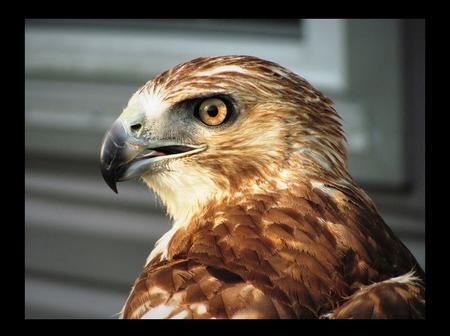 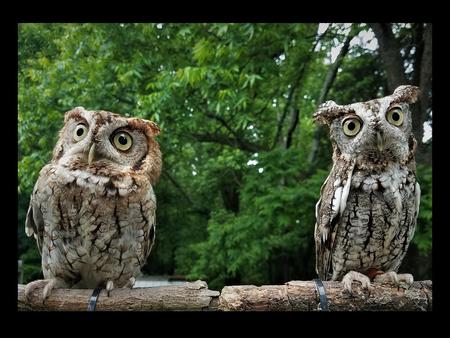 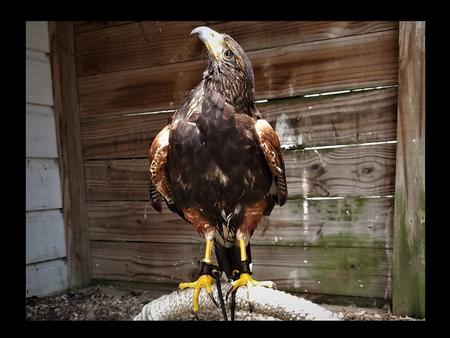